After a year of campaigning, Donald Trump is now the 45th President of the United States of America. The U.S. Presidential elections inspired a truly massive turnout on Twitter, with over 43 million tweets sent in just 24 hours on election day, between 8 am on November 8th and 8 am on November 9th.

It’s no secret that Trump has a certain talent for getting himself noticed on social media. During the presidential debates and during the final month of campaigning, Donald Trump maintained a firm lead in terms of mention volumes: 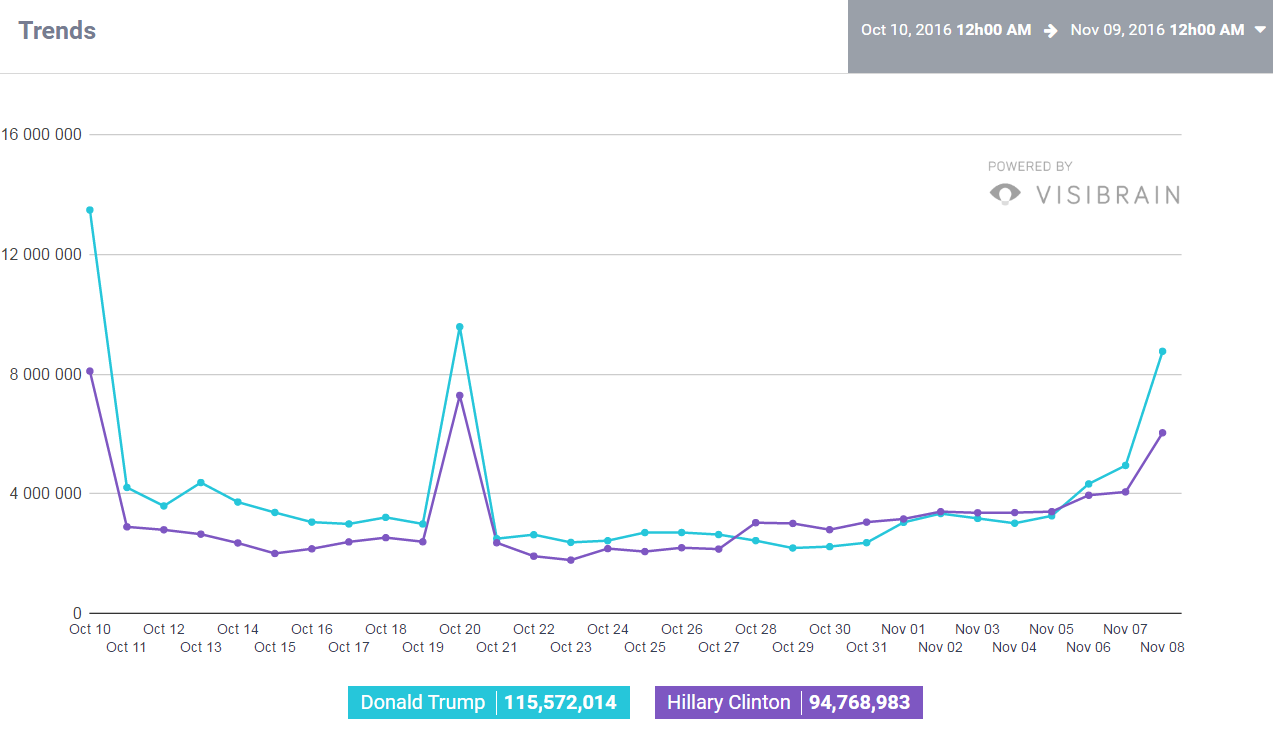 On election day, the number of tweets mentioning Trump grew steadily over the course of the day, gradually pulling further and further ahead of his opponent: 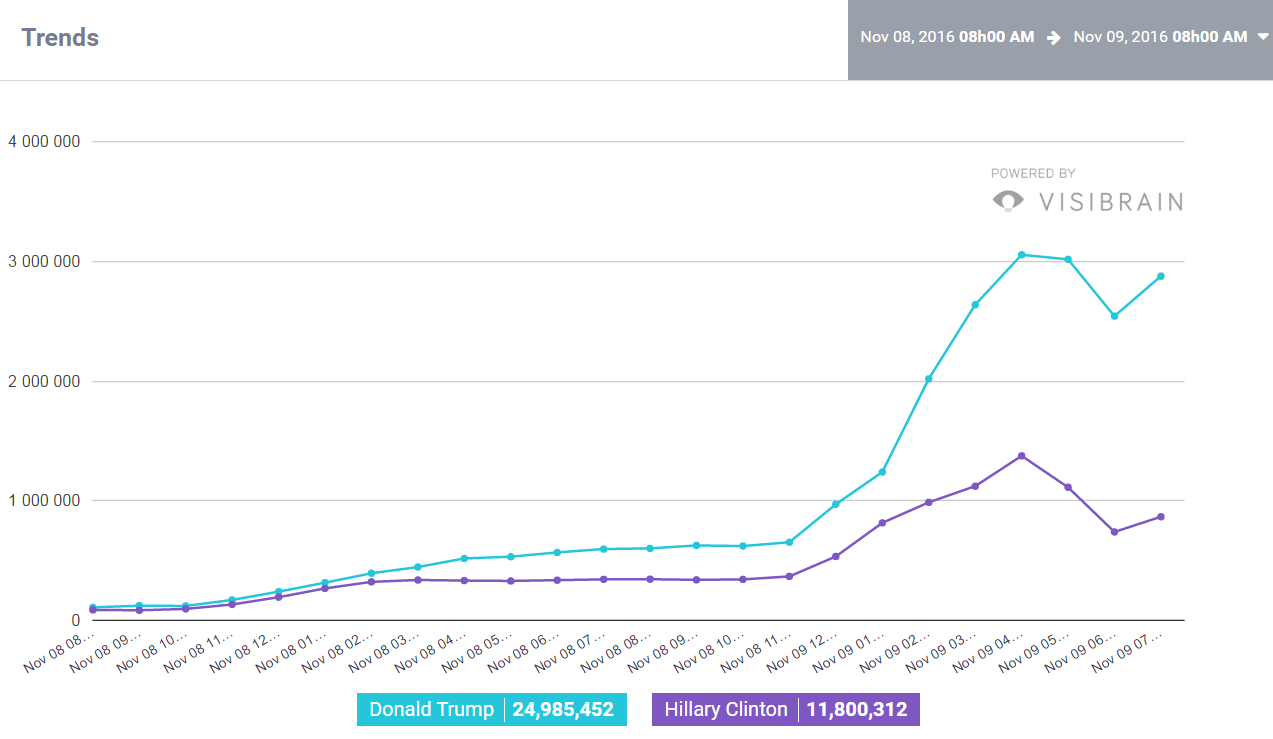 Gender analysis shows that the majority of people tweeting about the candidates were male: 54% for Trump, 52% for Clinton.

The top hashtag of the day was #ElectionNight, used over 7.7 million times.

The victory of the Trump campaign has been taking over our timelines today: the President Elect has been mentioned over 30 million times so far.

Trump’s supporters may be celebrating, but of course not everyone on social media is overjoyed at the results of the election. Negative hashtags such as #RIPAmerica and #NotMyPresident have been trending today and used over half a million times.

On top of that, the Canadian immigration website crashed under the strain of disappointed voters: there was a huge spike in mentions of the word “Canada” last night. A total of over 1.5 million tweets have mentioned Canada over the past 24 hours. 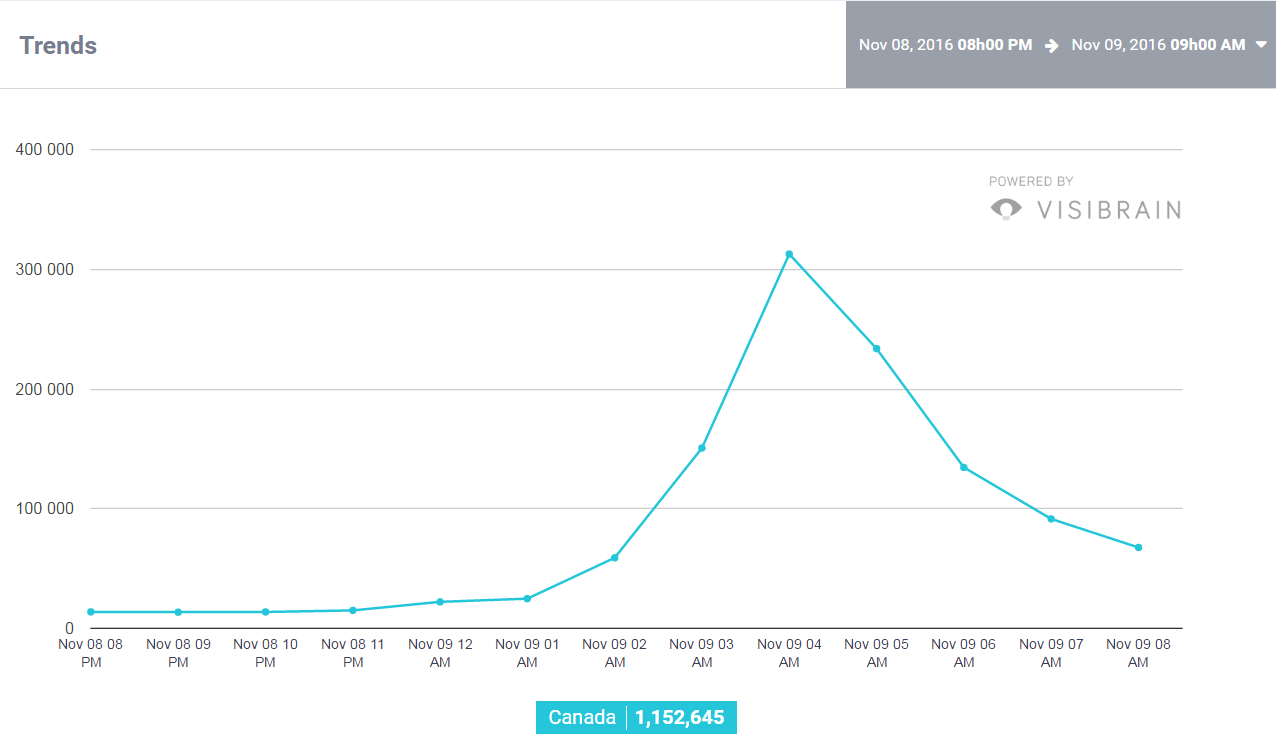