A revelation that revived flagging interest in the scandal

The overall conversation around the Panama Papers have been gradually dimming over time since the crisis broke at the beginning of April. Mention volumes have gone from a staggering 5,139,214 mentions in the first week of the crisis to a considerably lower (but still respectable) 215,869 mentions over the first week of May. 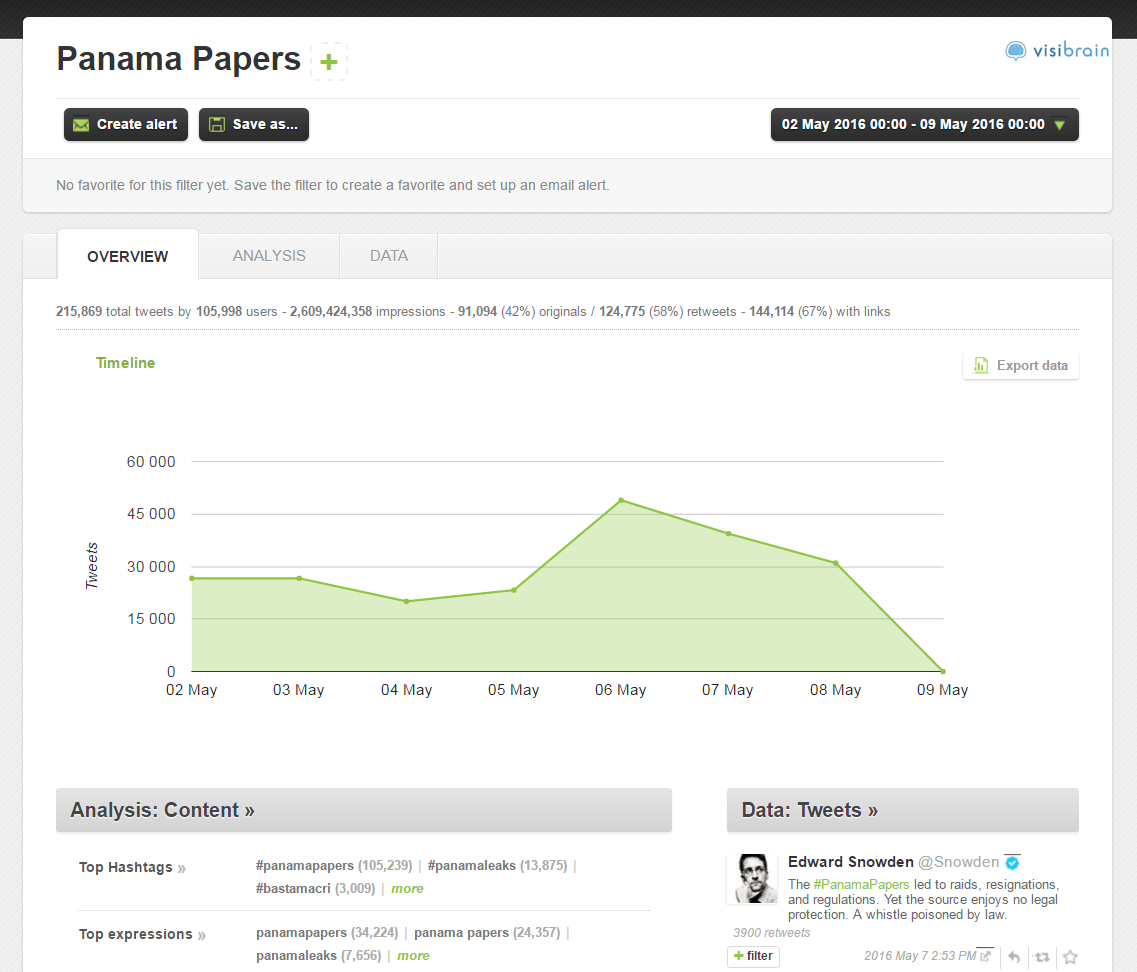 John Doe’s manifesto was published on Friday May 6th, and the spike in online activity around the Panama Papers on that day can be clearly seen: 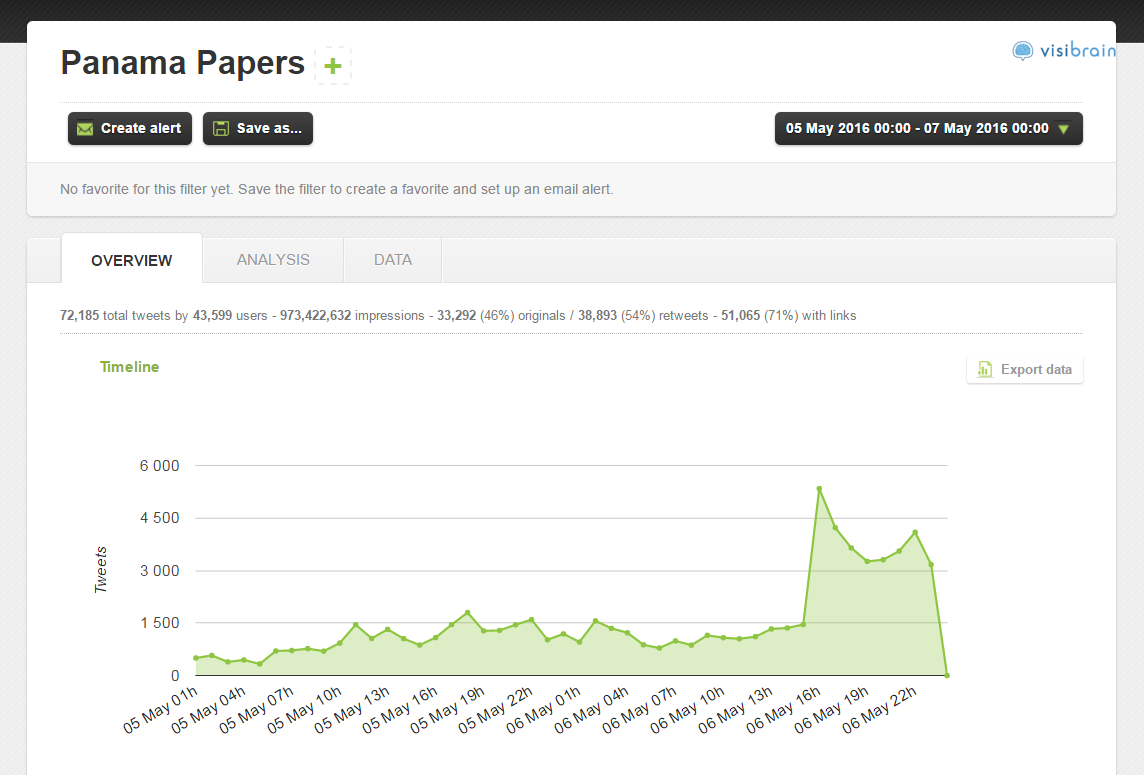 A manifesto that went global in minutes

14,221 press articles, blog posts, videos and photos were published about the Panama Papers over the weekend, and the most popular were all about John Doe. The screenshot below shows the most-shared publications from this weekend: we can see that the most popular was an article from the ICIJ: 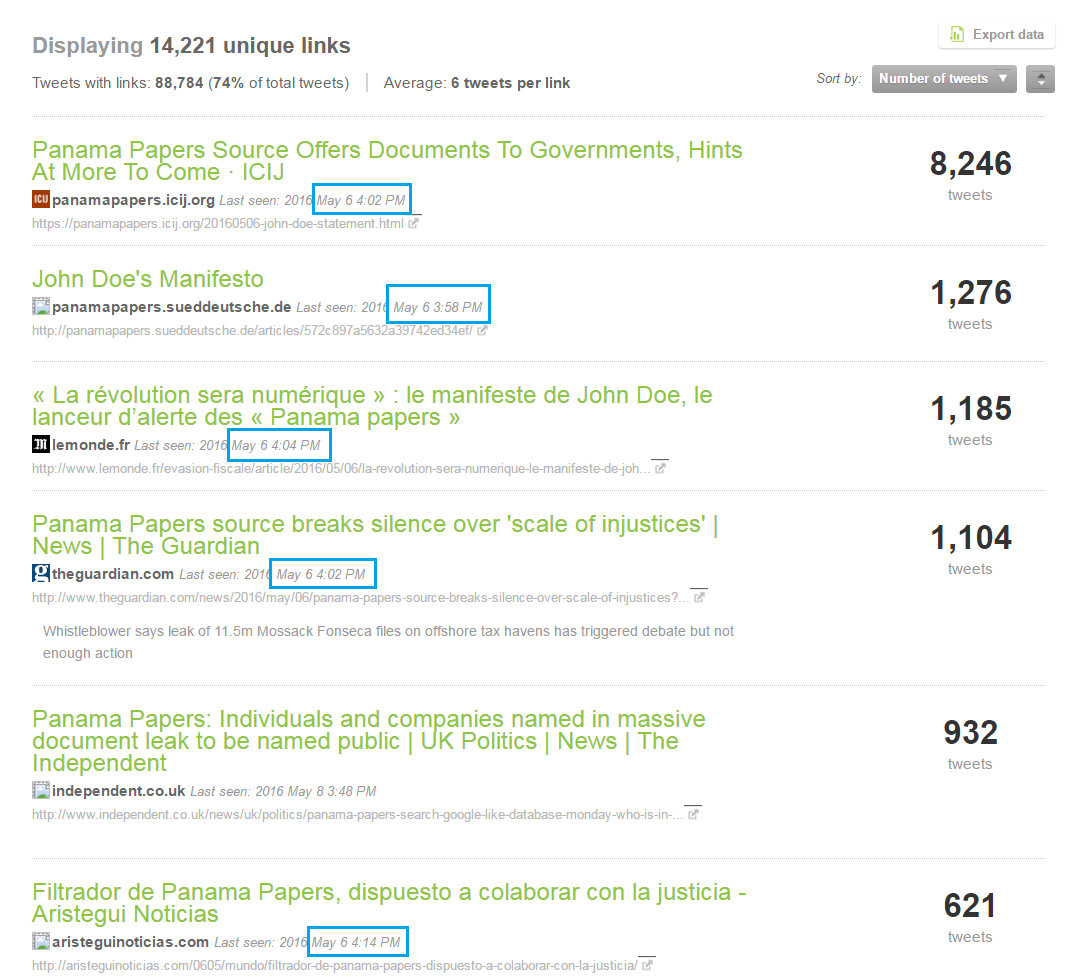 The Panama Papers have been a global crisis from their very first moments, and the latest development in the scandal was no different. The huge international network of journalists behind the coverage of the leak meant that John Doe’s manifesto went around the world in minutes: we can see that the articles above were published in a variety of languages, and just minutes from one another.

The influencers that made the manifesto go viral

As the world’s fastest-moving news network, Twitter has played an important role in spreading the news of the Panama Papers from the very beginning, and the social network played a similar role in this weekend’s developments.

22,672 individual users tweeted about John Doe’s manifesto this weekend, including some of the world’s most influential press accounts: 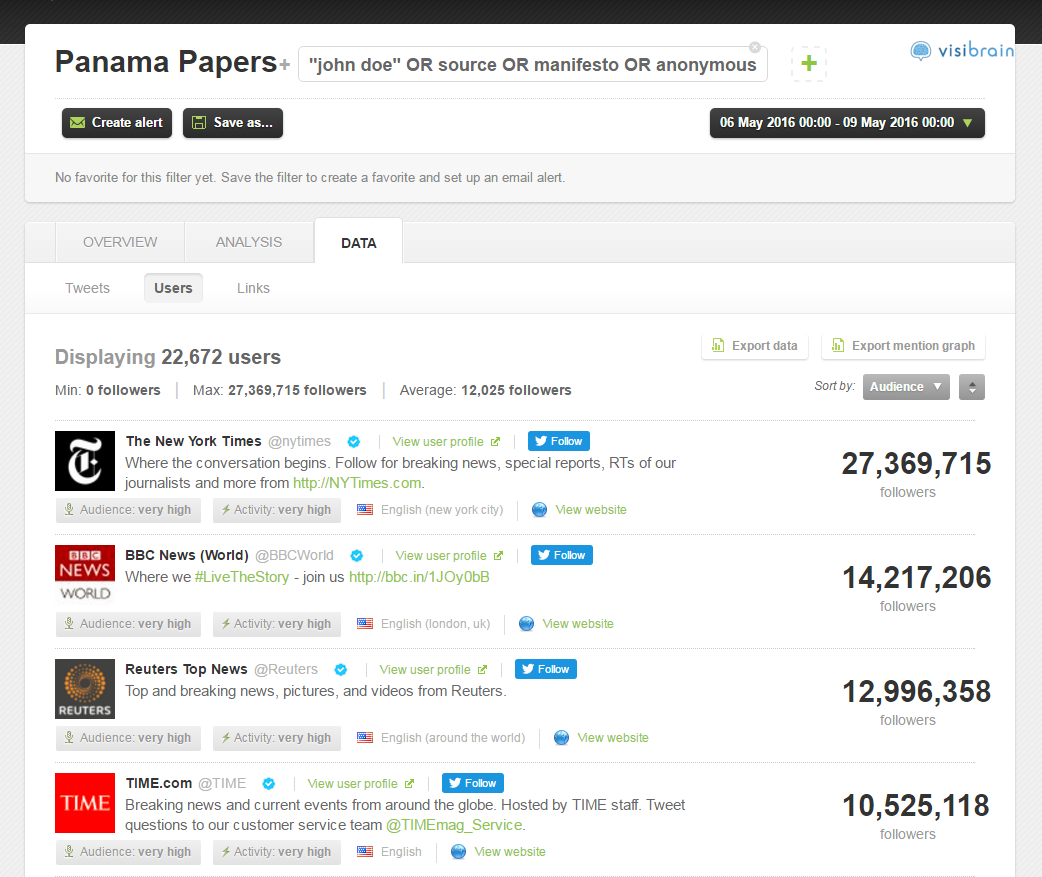 Edward Snowden was also very present over the weekend. As one of the key influencers driving the scandal on social media from the very beginning, he tweeted several times about the John Doe manifesto:

The anonymous source of the #PanamaPapers speaks for the first time. Must read: https://t.co/7juyorKCSv

The #PanamaPapers led to raids, resignations, and regulations. Yet the source enjoys no legal protection.

A whistle poisoned by law.

He was the influencer with the highest impact by far, retweeted a total of 7,645 times over the weekend:

As from Monday evening, the damning information contained in the Panama Papers database has been made public and searchable, making it accessible to all. 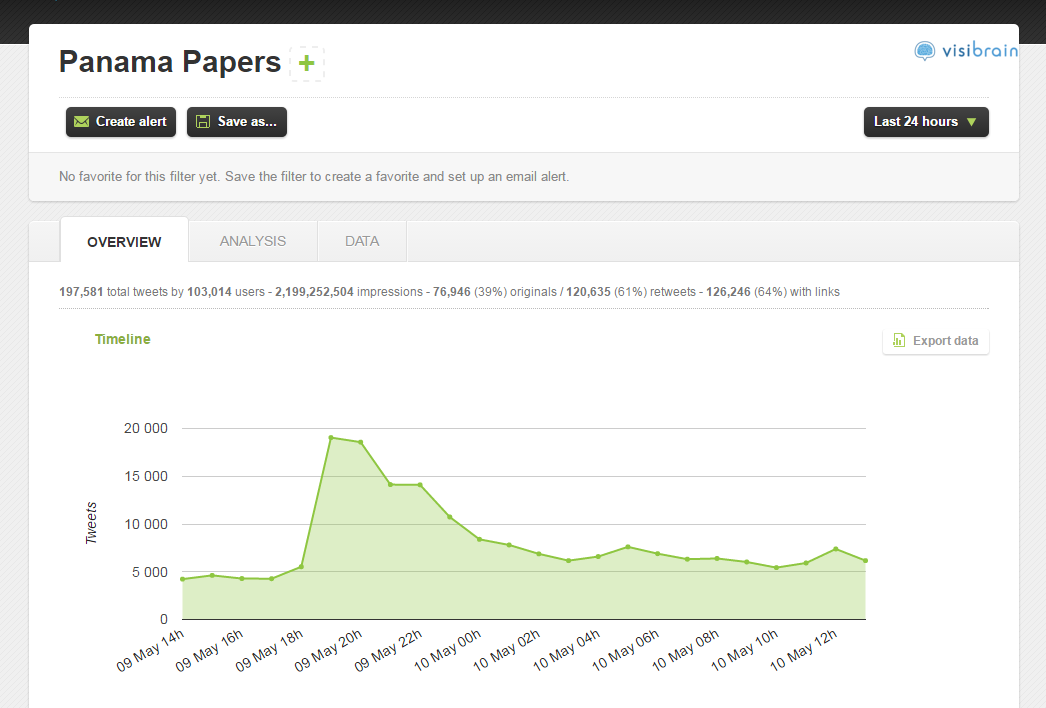 While these volumes are no where near as high as those generated when the Panama Papers first hit the headlines, this weekend’s developments have undeniably boosted the conversation around the topic.

Want to know more about the Panama Papers scandal?

Download our full case study for exclusive insights into how the biggest leak in the history of data journalism was covered by the press and on social media: