Samsung is back in the headlines yet again today after they announced that they would be stopping the production of the Galaxy Note 7. The tech giant’s PR nightmare has gone from bad to worse since it first began back in August, when customers first started to experience problems with the smartphones overheating.

Visibrain looked into how social media reacted to some of the worst moments of the crisis.

There have been 1,976,965 mentions of the Galaxy Note 7 on social media over the past 30 days. The graph below clearly shows the spikes in the number of mentions caused by key events of the crisis: 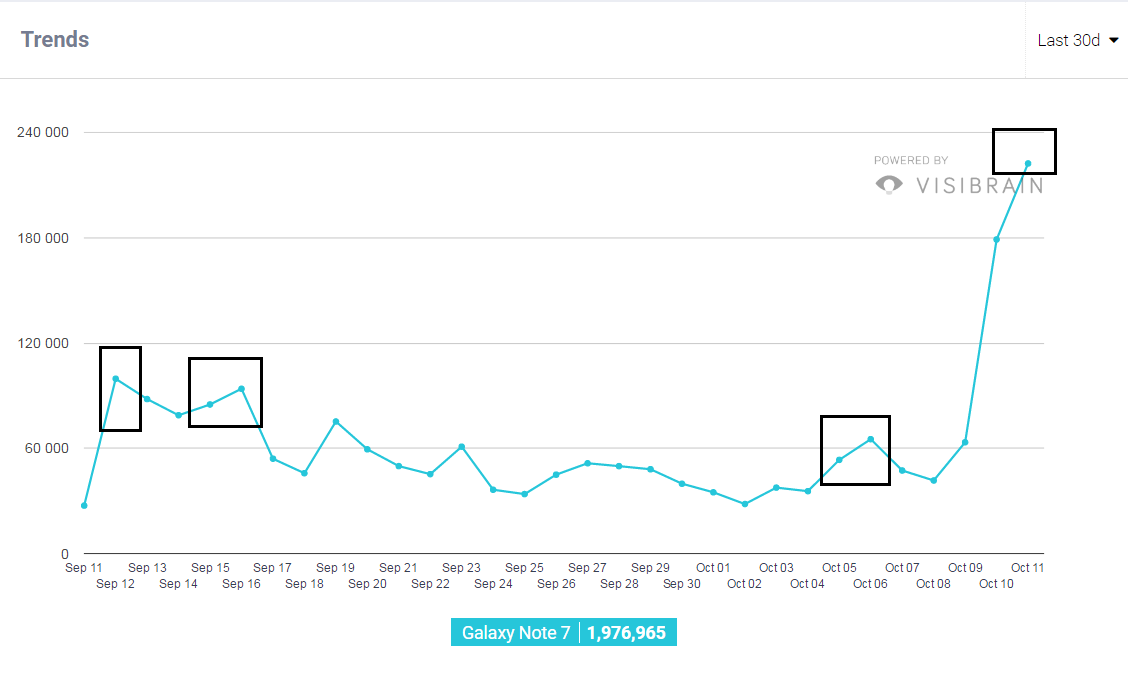 The Samsung Galaxy Note 7 phone that caught fire on plane was a replacement https://t.co/osnE9OOL3N - Now, live from the Samsung boardroom: pic.twitter.com/RnQDwclZc3

With just shy of 2 million mentions over the past 30 days, the Galaxy Note 7 has certainly been getting a lot of attention on social media, albeit for all the wrong reasons.

However, if we compare it to the number of mentions for the iPhone 7 over the past month, we can see that conversations around the overheating smartphone only just barely beat Apple’s latest product today, at the height of the crisis: 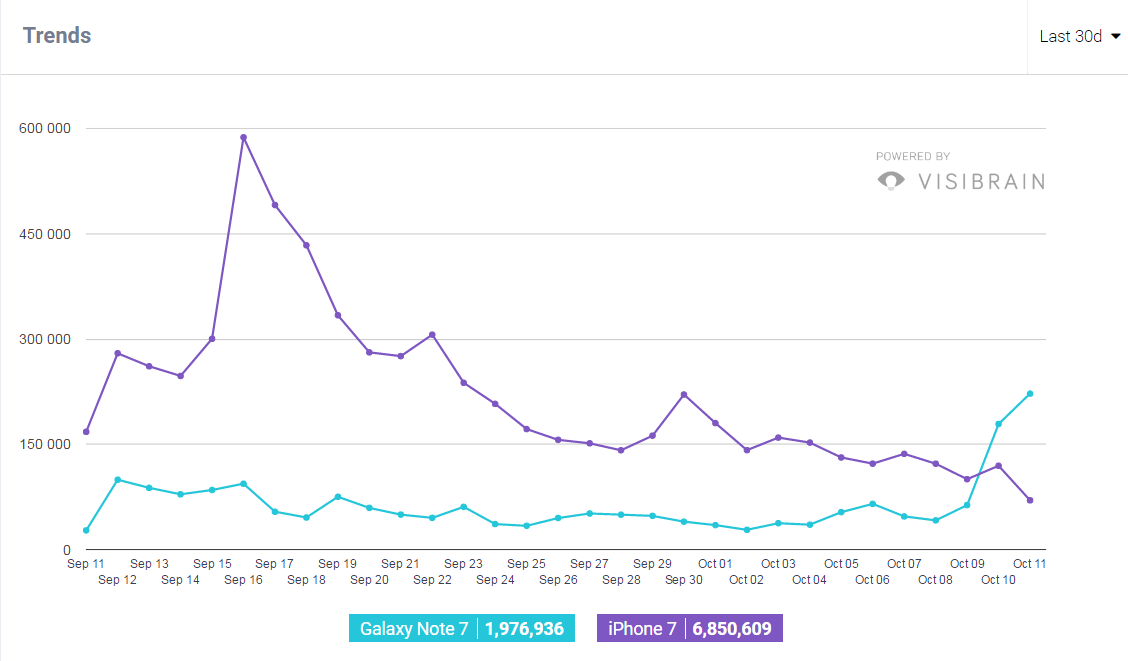 It seems that the Galaxy Note 7 has to literally catch fire to make itself hotter than the iPhone7.

Looking for more data on the Galaxy Note 7?

Get in touch with us here, or subscribe to our newsletter: