The 69th edition of the Cannes Film Festival got off to a great start on Twitter. Visibrain, the online media-monitoring platform, compared tweet volumes for the first day of this year’s festival with those of previous years: tweet volumes for the opening day of Cannes 2016 are four times higher than they were back in 2012, and have doubled compared to 2015!

There may be rumours going around about Twitter having had its day, but that certainly doesn’t appear to be the case in Cannes: use of the social network at the French festival has been on the rise since 2012.

However, volumes started to rise considerably last year with 141 262 tweets for the opening of the Cannes Film Festival. This year, they exploded: on May 11th 2016, 259 193 tweets were posted, a record in the history of the festival so far.

The tweets mostly originated from 3 countries : 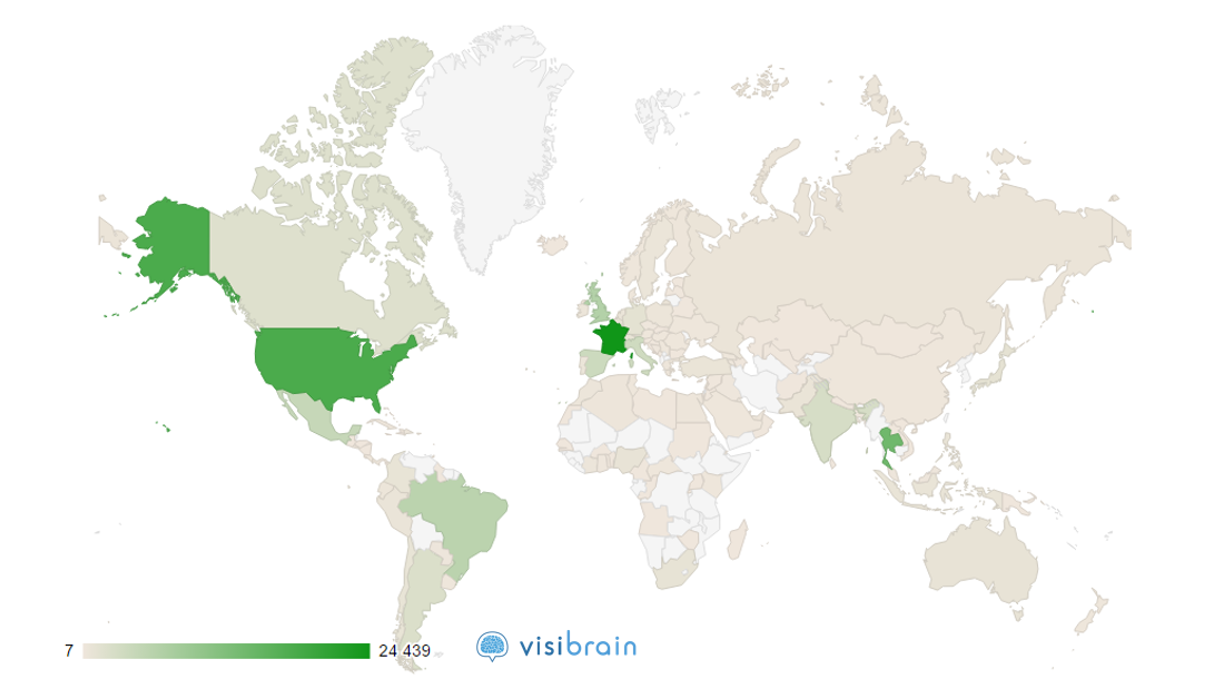 Unsurprisingly, 21,7% of the tweets sent on the opening day of the Cannes Festival came from France. A further 16% were sent from the U.S and 12,3% from Thailand.

Woody Allen was the centre of attention on the red carpet

Woody Allen was the most popular star of the opening night of the festival on Twitter, mentioned in 25 518 tweets. Blake Lively’s baby bump also attracted a lot of attention : she was mentioned 19 362 times. “Personal Shopper” star Kristen Stewart didn’t fare nearly so well, with just 5 997 tweets.