Southern Rail found themselves in the middle of yet another social media firestorm on Monday with the launch of #SouthernBackOnTrack. In an attempt to use outside pressure to put an end to ongoing strikes, the campaign encouraged commuters to tell the RMT Union how they felt about the disruptions on Twitter.

Unsurprisingly, the idea backfired – Southern Rail became the target of torrents of criticism as they were accused of trying to bully their way out of conflict with the unions. Visibrain looked into how the campaign went so horribly wrong on Twitter.

Southern Rail’s PR disaster started with a 2-page ad in Metro and this tweet:

Time to get back on track. Tweet @RMTunion & tell them how rail strikes make you feel. https://t.co/IVaRAGBBSV #SouthernBackOnTrack pic.twitter.com/lpBcXs9K5f

The campaign didn’t exactly get off to a good start - the very first tweet using the #SouthernBackOnTrack hashtag was sent by @lewisfieldhouse at 5.52 am, and it’s probably not the kind of reaction Southern Rail was hoping for:

Getting #southernbackontrack probably requires getting rid of the idiots in their board room. Not attacking working people through @RMTunion

It didn’t take long for others to start expressing their doubts about the campaign:

Am I the only person to think this #southernbackontrack hashtag might not go the way @SouthernRailUK hopes? https://t.co/lkgfc16YbY

The crisis was trending for most of the morning, and by the end of the day the #SouthernBackOnTrack hashtag had been used 5,806 times.

Southern Rail’s intention to put @RMTunion in the hot seat backfired spectacularly, and the consequences were dire for the brand’s reputation. Over 11,000 people expressed themselves about the campaign on Twitter. The top tweets were from MPs Angela Rayner and Caroline Lucas, as well as a number of influential journalists and political activists:

However, the top influencer by overall number of retweets was @Mr_Ogrizovic, thanks to his epic tweetstorm criticizing Southern Rail’s service: 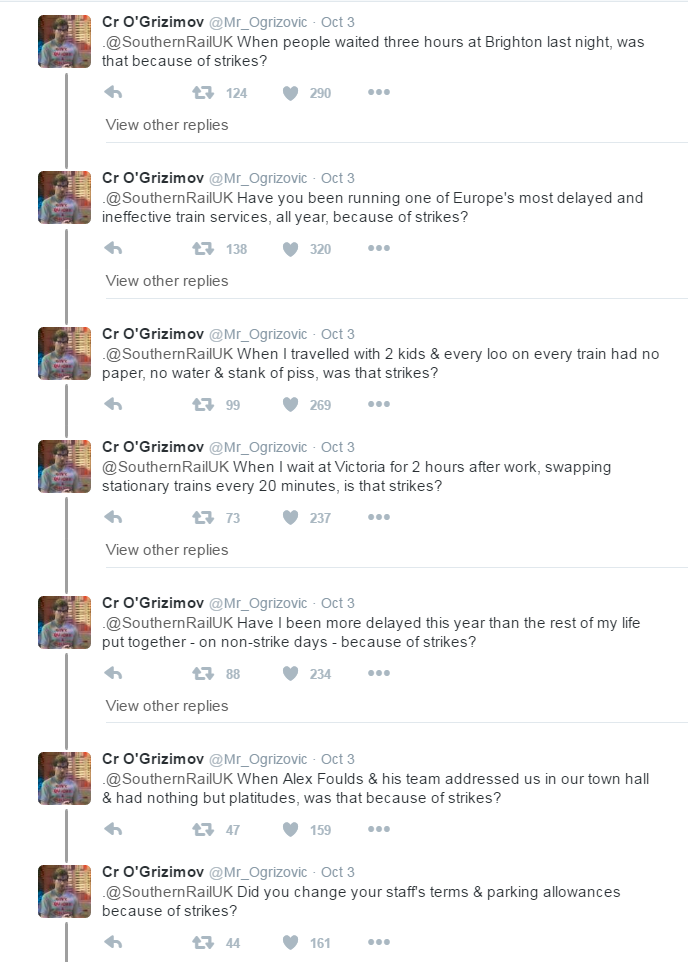 @SouthernRailUK was mentioned 18,481 times over the course of the day. The flood of unwanted attention went far beyond the brand’s usual volumes - the graph below shows the huge spike caused by the incident: 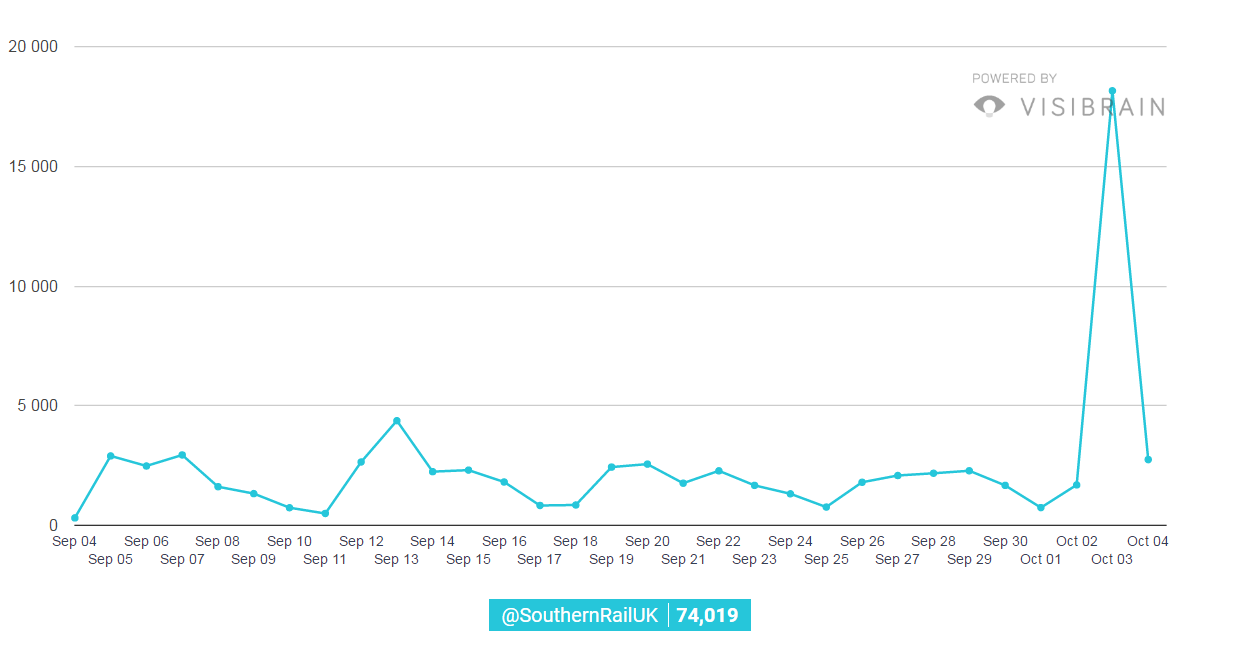 Sentiment around the campaign was extremely negative - semantic analysis shows that “disgrace”, “gall”, “incompetence” and “southernfail” were amoung the most common expressions used in tweets about the company, visible in the word cloud below: 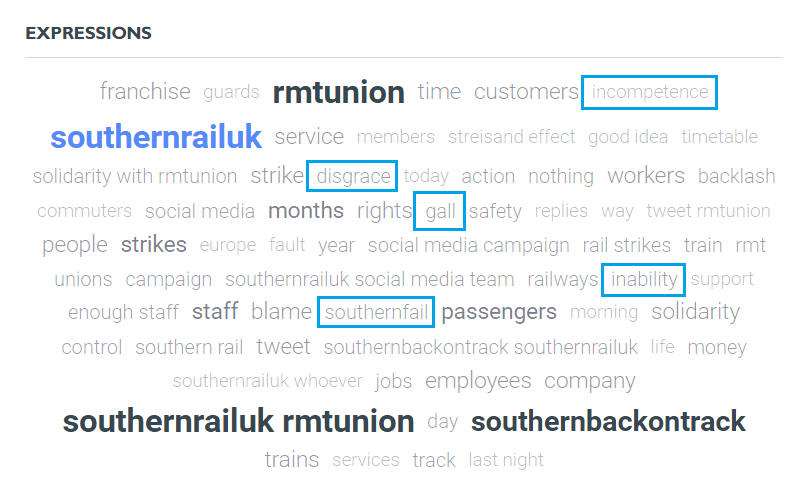 But it wasn’t just the general tone of the campaign that was attracting public ire - many comments were made about how much Southern Rail had spent on its ads:

That two page spread that @SouthernRailUK took out in the Metro today cost £39,293 P E R P A G E.https://t.co/ERt18GqqDE

Others expressed their doubts on the legality of the whole idea:

Could you please tell us who approved this, @SouthernRailUK? Looks like it contravenes @twitter harassment rules - https://t.co/19i0MNSYR3 https://t.co/jm4NJ0XXtT

This is disgusting and quite possibly illegal. @RMTunion should be contacting employment lawyers #SouthernBackOnTrack https://t.co/rBZclUXj7r

@SouthernRailUK you do know it's illegal to discriminate against workers for being members of a trade union don't you ? @RMTunion @The_TUC

Southern Rail wasn’t entirely without defenders however - some users did stand up for the brand:

However, the brand’s supporters were far outnumbered by its critics.

Southern Rail’s PR disaster was certainly predictable - attacking the unions in such a manner fired up the public’s natural instinct to stick up for the underdog. The brand succeeded in turning even those who would normally have been angered by the strikes against them, damaging their flailing reputation even further.

It will be interesting to see how this particular scandal effects Southern Rail’s future dealings with the unions and their image in general.

Get in touch with us here, or subscribe to our newsletter: